In October 1937, the Victorian Government opened Janefield Colony as a centre for children with intellectual disabilities, particularly children whose disability was severe.

The Janefield Colony was located on the site of the Janefield Sanatorium, a training farm for tuberculosis patients, run by the Australian Red Cross Society from 1920 to 1933. The first children were transferred to Janefield from Kew Cottages in 1937.

In 1962, Janefield was situated on Plenty Road, Bundoora and became a training centre with a special school, farm, gymnasium and a family unit.
In 1985, responsibility for Janefield transferred to the Office of Intellectual Disability Services, Community Services Victoria.

In 1996, Janefield residents were transferred to other services and the centre was closed.

This guide contains information that some people may find distressing. If you experienced abuse as a child or young person in an institution mentioned in this guide, it may be a difficult reading experience. Guides may also contain references to previous views, policies and practices that are regrettable and do not reflect the current views, policies or practices of the department or the State of Victoria.  If you find this content distressing, please consult with a support person either from the Department of Health and Human Services or another agency. 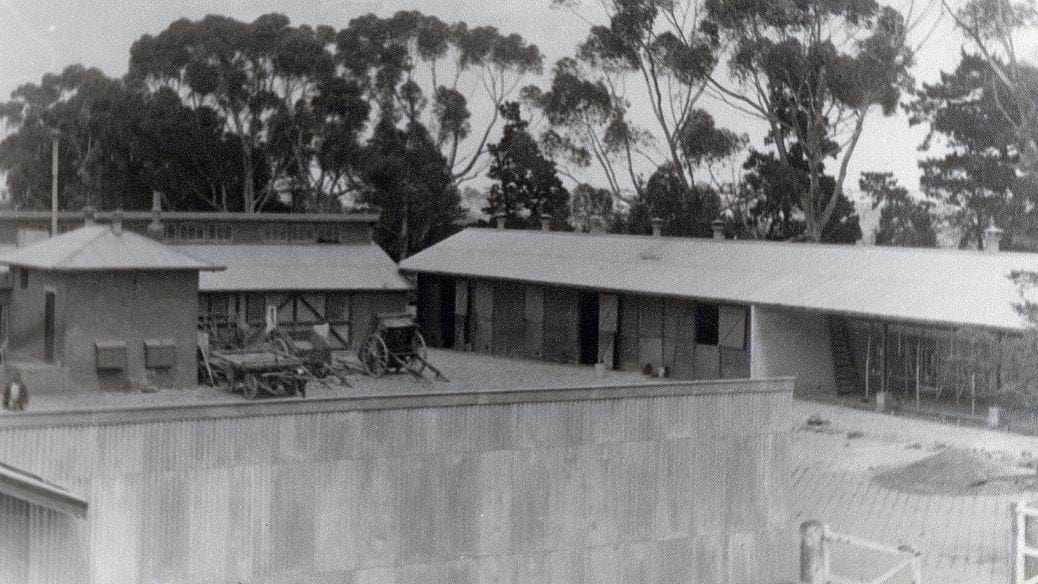 Janefield Farm: farm buildings and equipment with trees in the background