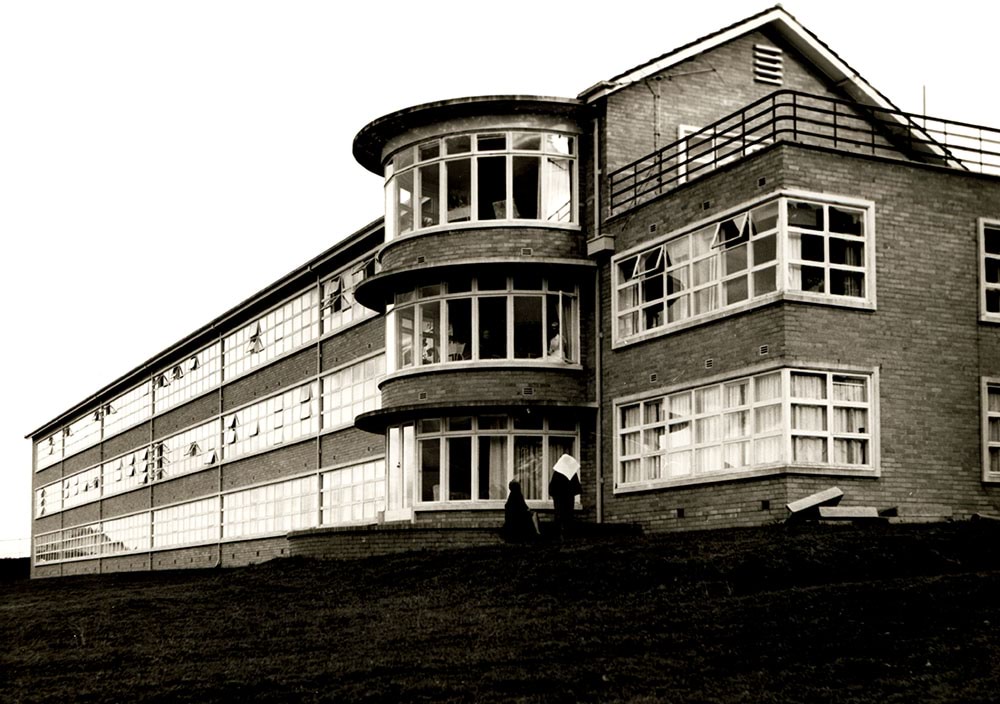 In 1879, the Sunbury Asylum opened, with patients transferred from Lakeside in Ballarat. More patients and staff were transferred from the Yarra Bend Asylum, followed by further transfers from Kew Asylum and by the end of 1880, Sunbury had nearly 500 residents.

Three years later, the Sunbury Asylum was overcrowded and the boarding-out system (adopted from Scotland) was advocated as cheaper and offering patients better lives than government institutions could provide.

The new Lunacy Act 1905 changed the title of all 'asylums' to 'hospitals for the insane' and 'mental hospitals'. The Act also brought reforms such as nursing staff training and improved food and clothing of patients. Staff salaries were increased and duty hours lessened. Building works included new wards, new staff facilities, patient workshops, and extensive additions to the farm.

In 1913 the number of patients at Sunbury exceeded 1000. The following year, a large hospital for 32 male and 32 female patients was completed, staffed entirely by female nurses under the charge of a trained hospital sister.

In the 1920s, the general conditions for patients were only moderately improving. Staff shortages at Sunbury worsened during the war years of the 1940s. Attendance at the department’s nursing examinations had dropped to 104 candidates in 1944 (from 256 candidates in 1933).

In the early 1950s, a new Supervisor of Catering improved the cooking and variety of food available. Artisans were also employed to improve the appearance and maintenance of buildings and grounds, and the golf course was upgraded for the use of staff and patients.

In 1955, the first full-time chaplain was appointed; a brand new nurses' home was built and opened; all day and dining-rooms throughout the hospital were completely refurnished with modem fittings and a small bio-chemical laboratory was setup and equipped. The following year there were new developments in recreational activities, including a fishing club, photography club, variety club for community singing, a dressmaking class, choir and an art class.

The transfer of patients from other institutions to the Hill Wards completely changed the character of Sunbury. The Mental Health Act 1959 designated hospitals providing short-term diagnosis and accommodation as "psychiatric hospitals". However throughout its life Sunbury has been used almost exclusively for long-term patients.

In 1962 Sunbury was proclaimed a Mental Health and Training Centre, responsible for mentally disturbed and mentally retarded patients. Overcrowding continued, with instances of patients sleeping on the floor. New admissions of all patient types were initially mixed together which was totally undesirable for patients'  treatment and care.

Since 1962, the Training Centre progressively changed to house only people with an intellectual disability. From 1970, these were the only clients due to the closure of the mental hospital in that year.

During the early 1980s, the Caloola Training Centre for the Intellectually Disabled provided residential services to some 500 people with an intellectual disability. Caloola was not, as often described, a geriatric institution – approximately half of its residents were under the age of 50.

In 1985, responsibility for Caloola was passed from the Mental Health Division to the Office of Intellectual Disability Services. Caloola Training Centre closed in October 1992 as part of the deinstitutionalisation program. Part of the site became a Victoria University campus from 1994 to 2011, and the remainder (in 2016) is in use by the Department of Education and Training. It is now a heritage-listed site. This guide contains information that some people may find distressing. If you experienced abuse as a child or young person in an institution mentioned in this guide, it may be a difficult reading experience. Guides may also contain references to previous views, policies and practices that are regrettable and do not reflect the current views, policies or practices of the department or the State of Victoria. If you find this content distressing, please consult with a support person either from the Department of Health and Human Services or another agency.

Please note that the content of administrative histories is provided for general information only and does not purport to be comprehensive. The department does not guarantee the accuracy of this administrative history. See Find & Connect for more detail on the history of child welfare in Australia. Sunbury Hospital for the Insane: stock and manufacturing records, 1907-18